In 2002, the plaintiff reported the rapes and both the plaintiff’s mother and stepfather were arrested. The stepfather was convicted and sentenced to 6-12 years of imprisonment. In 2003, the mother pleaded guilty to one count of Endangering the Welfare of a Child and was sentenced to time served and three years of probation.

In April 2007 the plaintiff’s stepfather died while incarcerated thereby leaving the plaintiff’s mother as the sole debtor for the $3.75 million civil judgment case awarded to the plaintiff. In order to eliminate the responsibility for this debt, the mother filed for Chapter 7 bankruptcy protection.

The Bankruptcy Court’s decision, which failed to inquire into the underlying nature of the debt, was incorrect as the law requires a bankruptcy court to look behind a judgment to determine if the underlying debt is properly dischargeable under Bankruptcy Code. Of note, the plaintiff’s mother had a previous criminal conviction for Endangering the Welfare of a Child. The court also failed to analyze and address the effect of a prior conviction that did meet the criteria for collateral estoppel.

The plaintiff has appeared twice on the national show Dr. Drew’s LifeChangers television series to discuss her childhood sexual assault and how she is coping as an adult. This case is still in litigation. 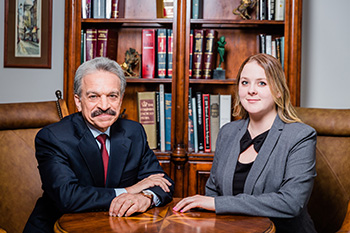